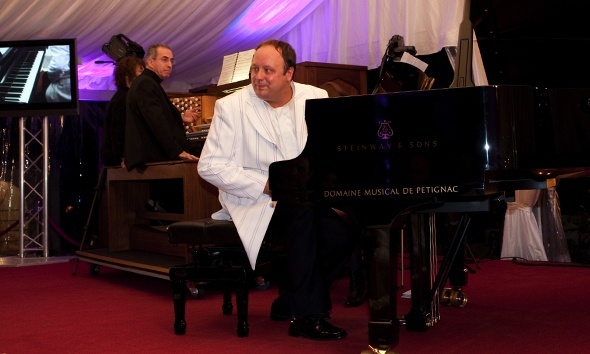 Aleksandr Gindin opened up the concert by saying: “It’s a great honor for us to be playing in this historical place, which looks like nothing else, in the centre of legendary Cognac”.